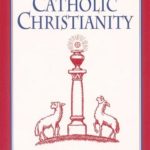 Healing the Culture A Commonsense Philosophy of Happiness, Freedom, and the Life Issues 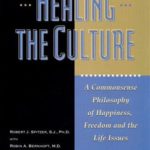 Francis Pope of a New World

“Francis, rebuild my Church!” That is how St. Francis of Assisi heard the call of Christ. It is also how Jorge Mario Bergoglio, at the age of 76, and a Jesuit, seems to have accepted his election to the papacy with the choice of a name that no other pope has ever chosen.

Who is Pope Francis, elected in one of the shortest conclaves in history? Who is the man chosen to be the first pope from the Americas and the first Jesuit pope?

How does he see the world and his ministry? How does he understand his call to serve Christ, his Church, and the world? In short, what is the mind and heart of this new pope of a new world–of the Americas and the rest of the world of the 21st Century?

In the words, the ideas, and the personal recollections of Pope Francis– including material up to the final hours before his election–the most highly regarded Vatican observer on the international scene reveals the personality of this man of God, gentle and humble. The son of Italian immigrants to Argentina, he made radically following Christ and the way of non-violence the pillars of his pastoral ministry in a country, continually tormented by social and economic inequities.

This complete biography offers the keys to understanding the man who was a surprise choice, even a kind of revolutionary choice, for pope. It is the story of the humble pastor of one of the world’s largest archdioceses; a cardinal who takes the bus, talks with common folk, and lives simply. It is the story of why the cardinal electors of the Catholic Church set aside political and diplomatic calculations to elect a pope to lead the renewal and purification of the worldwide Church of our time.