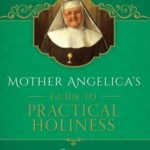 The Glory of the Crusades (Softcover) 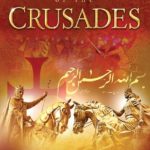 Not Peace, But A Sword: The Great Chasm Between Christianity and Islam (Hardcover Book)

Islam…Is it a religion of peace?…Are Muslims an easy ally in the fight against global secularization and the culture of death?…Are their beliefs really so different than our own?

Some Christians view Islam as a sister religion, a branch of the same Abrahamic tree—lacking the fullness of revelation but nonetheless a religion of peace. Others are more critical of Islamic teachings but still see Muslims as valuable partners in the global fight against secularization and the Culture of Death.

In Not Peace but a Sword, Robert Spencer argues they’re both wrong—and warns Christians against the danger of thinking that Islam is an easy ally.

Many Christian groups, including the Catholic Church, do recognize whatever is good and true in Islam, and their leaders rightly pursue peaceful accord and common ground with all religions. Spencer argues, however, that real peace can come only from truth. Where there is falsehood in Islamic doctrine, morals, and practice, papering over the truth actually hurts the cause of peace.

And so Spencer, the New York Times best-selling author of more than a dozen books dealing with Islam and the West, shines the light of truth on areas where Christians and Muslims don’t just quibble over small details but fundamentally disagree, including:

He demonstrates how these differences are not academic but real-world. They are critical and drive Muslim behavior toward Christians and others. If we fail to open our eyes to these differences, we do so at our peril.