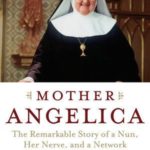 Mother Angelica THE REMARKABLE STORY OF A NUN, HER NERVE, AND A NETWORK OF MIRACLES

Pray for Me THE LIFE AND SPIRITUAL VISION OF POPE FRANCIS, FIRST POPE FROM THE AMERICAS

Chesterton’s timeless exploration of the essentials of Christian faith and of his pilgrimage to belief (more than 750,000 copies sold in the Image edition) is now reissued.

For G.K. Chesterton, orthodoxy carries us into the land of romance, right action, and revolution. In Orthodoxy, a classic in religious autobiography, he tells of his pilgrimage there by way of the doctrines of Christianity set out in the Apostles’ Creed.

Where science seeks to explain all things in terms of calculation and necessary law, Chesterton argues on behalf of the Christian doctrines of mystery and free will. Sanity, he says, belongs to the poet who accepts the romance and drama of these beliefs rather than to the logician who does not. This sanity is not static. It does not mean merely learning the right doctrines and then lapsing into a refined meditation on them. Chesterton dismisses such an inactive belief as “the greatest disaster of the nineteenth century.” For him, right thinking is a waste without right action.

For Chesterton the populist, political ction often spells revolution. He discovers in the doctrines of original sin and the divinity of Christ ever-present seedbeds of revolt in the face of the tyrannies of money and power.