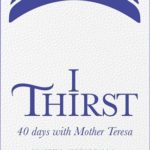 In this engaging fictional conversation, Peter Kreeft gives credible voices to C. S. Lewis, J. R. R. Tolkien, and Billy Graham as they discuss one of the most contentious questions in the history of Christianity: Is Jesus symbolically or substantially present in the Eucharist?

These widely respected modern Christian witnesses represent three important Western theological traditions. Graham, an ordained Southern Baptist minister who traversed the world and the airwaves to spread the good news of salvation, represents evangelical Protestantism. Lewis, an Oxford professor, a prolific Christian apologist, and the author of The Chronicles of Narnia, was a member of the Church of England. Also an Oxford don, Tolkien was a friend of Lewis, the author of The Lord of the Rings, and a Roman Catholic.

While Lewis and Tolkien likely discussed the Eucharist during their long friendship, the conversation in this book never took place—but it could have, says Kreeft, who faithfully presents the views of these three impressive men.