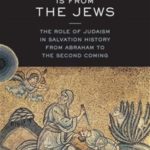 Keys to the Council Unlocking the Teaching of Vatican II 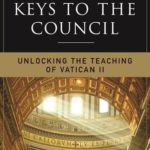 This collection includes the four constitutions of the Second Vatican Council, the most popular and key documents for understanding the Council itself, its decrees, and its declarations.

Few events in the history of the modern Catholic Church have been as far-reaching as the Second Vatican Council (1962-1965). And few have been as controversial. No one denies great changes have come about since the close of the Council. Have the changes been all good, all bad, or a mixture of both? To what extent were the changes, for good or ill, the result of the Council itself?

Some have criticized the Council for not going far enough, though they maintain that the “spirit of Vatican II” supports their rejection of many firmly established Catholic beliefs and practices. Others claim the Council went too far and abandoned certain fundamental Catholic tenets in the name of “updating” the Church. The popes of the Council-John XXII and Paul VI-and their successors who also participated in the Council -John Paul I, John Paul II, and Benedict XVI-have insisted that the Council itself was the work of the Holy Spirit. They have aggressively criticized misinterpretations and distortions of it. They insist that the Council be understood in fundamental continuity with the Church’s Tradition, even while deepening the Church’s self-understanding and calling for authentic reforms and renewal of Catholic life.

Readers can learn for themselves what the Second Vatican Council taught using this highly accessible collection of its basic texts.

This book uses the Catholic Truth Society translation and features:

Four major aspects of the Church’s life-the Sacred Liturgy, the mystery of the Church herself, the Word of God, and the Church in the world as it is today-are explored. No twenty-first-century Catholic should be without these four foundational texts in this superb translation.

The collection also includes a general introduction by Archbishop Salvatore Cordileone of San Francisco, as well as an address given by Pope Emeritus Benedict XVI in 2005, explaining how best to understand the Second Vatican Council in the history of the Church.