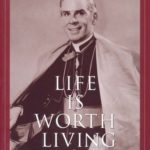 Life is Worth Living

Single for a Greater Purpose 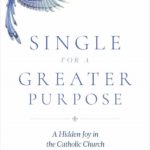 Completed shortly before his death in 1979, Treasure in Clay is the autobiography of Fulton J. Sheen, the preeminent teacher, preacher, and pastor of American Catholicism.

Called “the Great Communicator” by Billy Graham and “a prophet of the times” by Pope Pius XII, Sheen was the voice of American Catholicism for nearly fifty years. In addition to his prolific writings, Sheen dominated the airwaves, first in radio, and later television, with his signature program “Life is Worth Living,” drawing an average of 30 million viewers a week in the 1950s. Sheen had the ears of everyone from presidents to the common men, women, and children in the pews, and his uplifting message of faith, hope, and love shaped generations of Catholics.

Here in Sheen’s own words are reflections from his childhood, his years in seminary, his academic career, his media stardom, his pastoral work, his extensive travels, and much more. Readers familiar with Sheen and as well as those coming to him for the first time will find a fascinating glimpse into the Catholic world Sheen inhabited, and will find inspiration in Sheen’s heartfelt recollections. Illustrated.