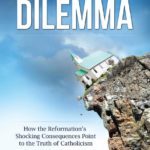 The Protestant’s Dilemma: How the Reformation’s Shocking Consequences Point to the Truth of Catholicism

Why We’re Catholic: Our Reasons For Faith, Hope, And Love 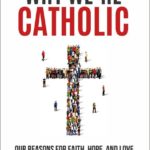 What Jesus Really Said About the End of the World

From the Mayans to Martin Luther to modern doomsday preachers, there’s a long list of people who predicted the end of the age—and got it wrong.

As a response to widespread concern about the Last Days, Catholic Answers is proud to announce the release of David Currie’s newest book, What Jesus ReallySaid About the End of the World.

With global events sparking bold predictions by Christian preachers and New Age gurus alike about the imminent end times, popular author and speaker David B. Currie has conducted a thorough study of what Jesus actually tells us about the end of the age and his Second Coming.

In so doing he quells the sensationalism of those who see an Antichrist or a “Rapture” lurking behind every gloomy headline and dispels the misconception that Jesus predicted the end of the world within his own generation.

Using incisive scriptural scholarship and some long-neglected wisdom from Church Fathers, Currie explains the meaning of Christ’s end-times prophecies as his first-century audience would have understood them.

The result is a fascinating story of promise and fulfillment that reaffirms our faith in Christ’s infallible wisdom. It also fills us with optimism for the future rather than a crippling fear of doomsday.